TFS 2012 introduces a new type of Lab environment called Standard Environment. This allows you to setup a full Build Deploy Test (BDT) workflow that will build your application, deploy it to your target machine(s) and then run a set of tests on that server to verify the deployment. In TFS 2010, you had to use System Center Virtual Machine Manager and involve half of your IT department to get going. Now all you need is a server (virtual or physical) where you want to deploy and test your application. You don’t even have to install a test agent on the machine, TFS 2012 will do this for you!

Although each step is rather simple, the entire process of setting it up consists of a bunch of steps. So I thought that it could be useful to run through a typical setup.I will also link to some good guidance from MSDN on each topic.

To install the test controller, simply mount the Visual Studio Agents media on the server and browse to the vstf_controller.exe file located in the TestController folder.
Run through the installation, you might need to reboot the server since it installs .NET 4.5.

When the test controller is installed, the Test Controller configuration tool will launch automatically (if it doesn’t, you can start it from the Start menu). Here you will supply the credentials of the account running the test controller service. Note that this account will be given the necessary permissions in TFS during the configuration. Make sure that you have entered a valid account by pressing the Test link.

Also, you have to register the test controller with the TFS collection where your test plan is located (and usually the code base of course) 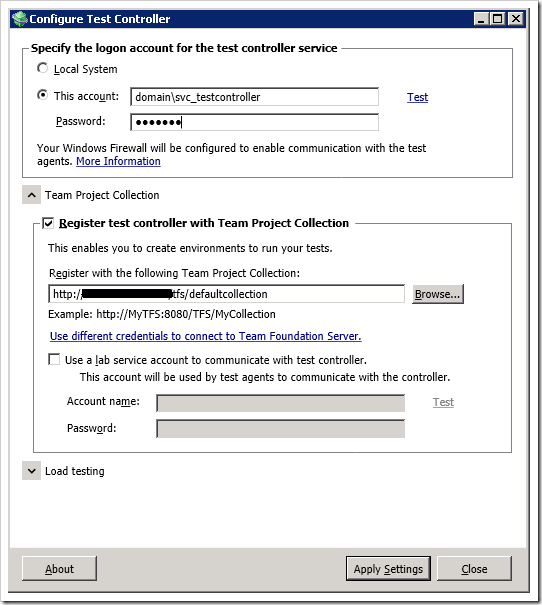 When you press Apply Settings, all the configuration will be done. You might get some warnings at the end, that might or might not cause a problem later. Be sure to read them carefully. 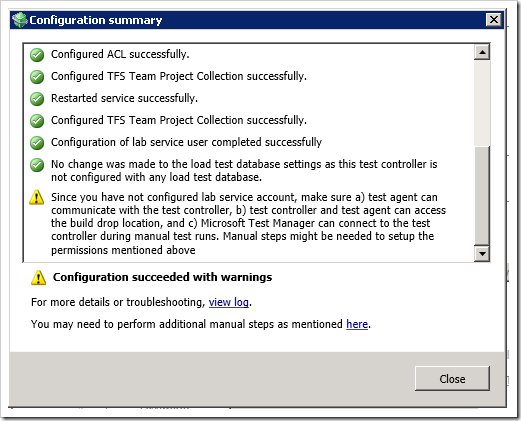 For more information about configuring your test controllers, see Setting Up Test Controllers and Test Agents to Manage Tests with Visual Studio

Now you need to create a Lab environment in Microsoft Test Manager. Since we are using an existing physical or virtual machine we will create a Standard Environment.

I will not cover step 3-5 here, there are plenty of information on how you create test plans and test cases and automate them using Coded UI Tests.

In this example I have a test plan called My Application and it contains among other things a test suite called Automated Tests where I plan to put test cases that should be automated and executed as part of the BDT workflow.

OK, so now we want to automate our Coded UI Test and have it run as part of the BDT workflow. You might think that you coded UI test already is automated, but the meaning of the term here is that you link your coded UI Test to an existing Test Case, thereby making the Test Case automated. And the test case should be part of the test suite that we will run during the BDT.

For more information about associating an automated test case with a test case, see How to: Associate an Automated Test with a Test Case

Now we are ready to create a build definition that will implement the full BDT workflow. For this purpose we will use the LabDefaultTemplate.11.xaml that comes out of the box in TFS 2012. This build process template lets you take the output of another build and deploy it to each target machine. Since the deployment process will be running on the target server, you will have less problem with permissions and firewalls than if you were to remote deploy your solution.

We are done! Queue your BDT build and wait for it to finish. If the build succeeds, your build summary should look something like this: 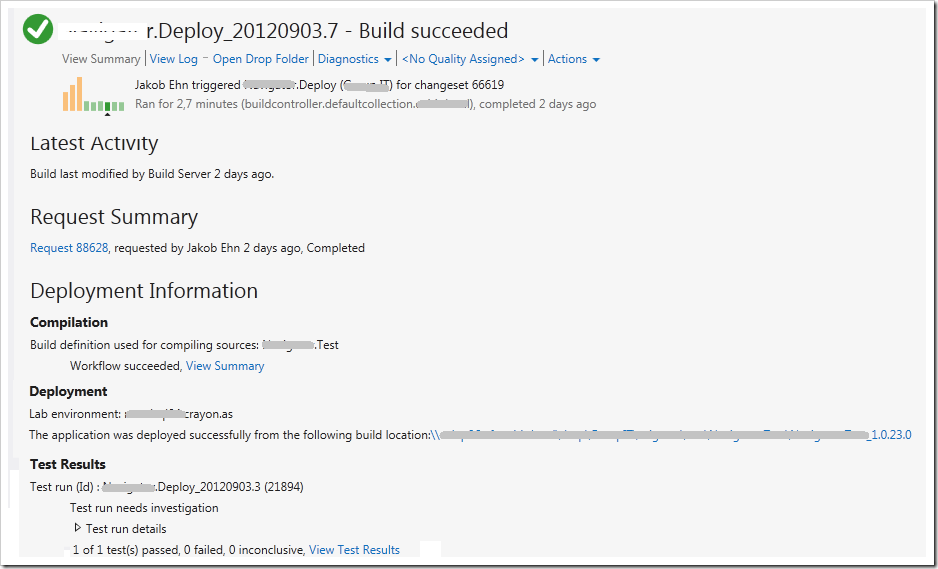